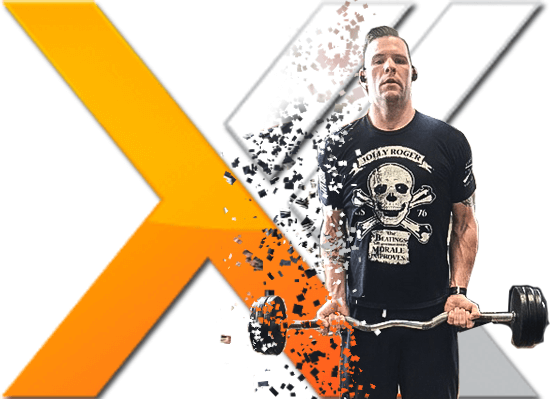 Before June of 2001, Jon was in the infantry in the National Guard. He had a baby daughter; he was fit and active and living life. That month, his life changed and he would feel the effects for many years to come. While riding his motorcycle, he was cut off and knocked over along with his bike. He was dead on the scene. A stranger stopped, performed CPR on him, then disappeared before the paramedics arrived.

At the hospital, he was put on life support for a month. He was given a 2% chance for survival. Somehow, he beat the odds – his little girl was the inspiration for him to keep pushing forward. He spent the next year and a half re-learning how to walk, to chew, to talk, to do all the things he once did without thought. The hospital called him their ‘Miracle of the Year’.

Unable to return to the Guard, he became depressed, and it only worsened over the years.

“I feel like my time in the National Guard was somehow preparation for the challenges I faced during this ordeal.”

He and his wife had two more children. Time went on, and he gained so much weight during this period in his life that he could no longer run around with his kids without becoming winded. At his heaviest, he weighed 370 pounds.

Then, about two years ago, things clicked. His wife and some of her friends were challenging each other to lose weight. Around this same time, his kids saw photographs of him from his Army days and asked ‘Who’s that?’ The lightbulb went off – he wanted in on the weight loss challenge. His family has a history of heart disease and he thought “If I can be around longer for my kids, then that’s what I want”.

Jon joined an area fitness club and began walking on the treadmill, used a fitness pal, and began eating healthier. He’d lost a lot of weight, but he got sick of the environment; the colors of the gym began to wear on him and the lack of services they offered limited his progress. He needed a change.

The variety of what Xperience offers appealed to Jon – there were trainers, he could focus on upper/lower body workouts, do some work on his core, take classes. It had so much more than his former gym. The other gym was a great start for him, but he craved variety.

“I came to Xperience Fitness and they were MORE than welcoming. Pat, my trainer got me going. I go to the gym every day.”

Jon and some family members completed the Tough Mudder challenge this year. He hadn’t done anything like that since his days in the service. He aced everything…well, almost.

“I had a tough time with the monkey bars. That’s my next challenge. I’m working on incorporating more pull ups into my work out to achieve this goal. Next year, I’ll ace those too.”

Now Jon’s goal is to go back to school for Law Enforcement. His other goal is to inspire his kids to be happy and healthy, and he knows that exercise plays an important role in that.

Throughout this journey, the toughest part to date were the times when he felt like giving up – the times he would wake up and not want to go to the gym. At one point he’d lost 50 pounds, which made him feel great, but he knew he had to keep his eyes on the prize. He was still quite a ways from where he wanted to be.

Once he started working out at XF, he finally got his weight down to 290 which was the highlight of his experience so far. It took a lot of positive self talk and encouragement, and thinking about his desire to be there for his kids.

“I started crying. I couldn’t remember the last time I weighed under 300 pounds! I’m motivated to teach and inspire my kids to maintain a healthy lifestyle. Exercise is something you should enjoy.”

What about those times when he feels unmotivated? He says he has to occasionally kick his own butt – to push himself because he knows he’ll feel good not only when he’s done but for the rest of the day.

“It’s about how long you want to live on this earth. It’s OUR responsibility to take care of the body we were given. You have to remember it’s a lifelong goal. People go on all sorts of crazy diets, lose some weight, then when they stop gain it back and then some. You have to change your lifestyle. It’s ok to treat yourself once in awhile, but moderation is key.”

For those of you starting your own journey, Jon’s got some advice:

“I’m going to keep doing what I’m doing to maintain my results. It’s about how you feel when you’re done. It makes you proud of yourself. This has made me a more positive person-a better person. I lost that when I let myself go. I like to encourage others, motivate them and help them push themselves and I take any opportunities I can to do so.”

Keep doing what you are doing Jon! You’ve come a long way since that life changing day so many years ago. I think we can all agree the best is yet to come for him, and his family!